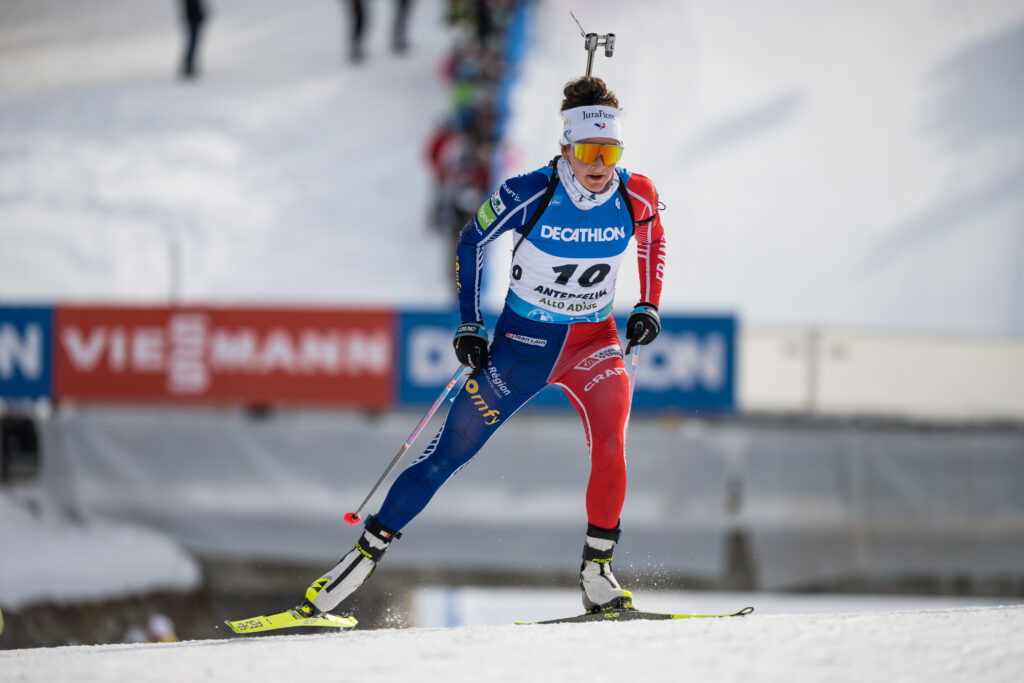 The biathlon weekend in Antholz already started on Thursday with the women's sprint. In best, wintry conditions the starting field went into the race.

After a close and exciting race until the end home heroine and co-favorite Dorothea Wierer was able to take the lead. Wierer managed to stay clear at the stand and won the sprint with a narrow lead of 3 seconds ahead of French Chloe Chevalier. Third went to the young Swede Elvira Oeberg. All three remained flawless. KinetiXx athlete Marte Olsbu Roeiseland finished a strong fourth with one miss.

On Friday the men followed with their sprint race. Johannes Thingnes Boe once again gave his competitors no chance, he dominated the race from the beginning. Finally he stood on top with an incredible lead of almost 32 seconds. Second went to Martin Ponsiluoma from Sweden, followed by Sturla Holm Laegreid from Norway.

Saturday`s was the day of the pursuits. The women started their race in the morning. The field was a little bit mixed up, so that the German, Denise Hermann - Wick with a clean performance at the shooting range and usual strong running times, win. Lisa Vitozzi convinced with four faultless shootings and finished second in front of her home crowd. Elvira Oeberg was able to defend her strong third place.

In the men's race, the gaps were much larger. Johannes Thingnes Boe extended his lead from the beginning. He was 40 seconds ahead of the field on the home stretch. Sturla Holm Laegreid hit all 20 targets and finished second. Swede Martin Ponsiluoma finished third one minute behind.

At the end of the weekend, the nations still competed in the relay race.

The women's team from France started with the best line-up and lived up to their role. With a total of just four reloads, they won sovereignly. Second place went to the relay team from Sweden ahead of the young relay team from Germany.

Most of the men's relay teams also started with their best lineups. It was the last chance to test the lineups before the upcoming World Championships in Oberhof. The Norwegian team succeeded best. They hardly made any mistakes and convinced with enormous run times. So Sturla Holm Laegreid, Tarjei Boe, Johannes Thingnes Boe and final skier Vetle Sjaastad Christiansen won with almost one minute advantage. Second went to the French team ahead of the German team.

Now the teams go into the immediate competition preparation before the world championship titles will be at stake in Oberhof.