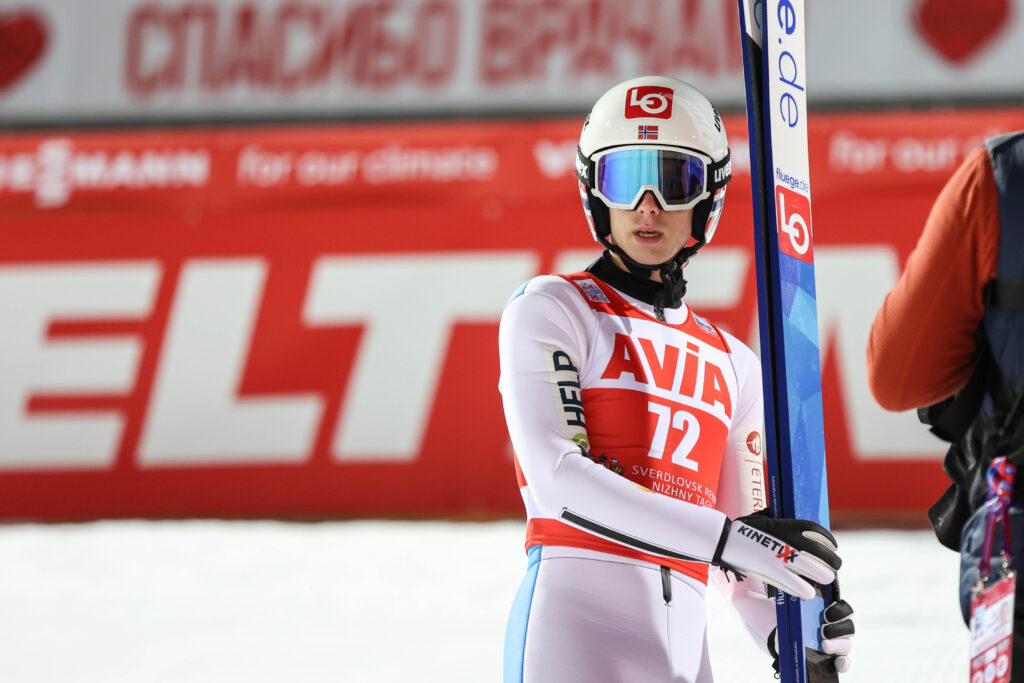 After about eight months of ski jumping break the new season started pleasantly for the German team in Nizhny Tagil, Russia. Karl Geiger directly secured his first season's victory in the first World Cup skijumping event. With jumps over 134.5 meters and 133 meters, Geiger deservedly cheered on the tenth World Cup winner of his career. As in the previous year, the big competition in this competition is also Halvor Egner Granerud. The Norwegian and last year's overall winner was still in first place after the first jump, but had to admit defeat after the second round. Granerud ended up in third place, ahead of him in second place flew Japan's Ryoyu Kobayashi. Both ski jumpers thus underlined their clear role as favorites. The biggest surprise of the day was Naoki Nakamura from Japan in fourth place. Best Pole was Kamil Stoch in fifth place, the Four Hills Tournament winner was able to catch up properly after a mediocre first round and showed a much better second jump. Sixth place went to Germany's Markus Eisenbichler ahead of Anze Lanisek (SLO) and Cene Prevc (SLO).

However, with the first jump of the season there were also the first corona-related retirements in the "ski jumping bubble". Despite a very high vaccination rate among the international athletes and their support staff (97%), three positive cases were reported on Saturday morning. Polish ski jumper Klemens Muranka and a German coach were said to be two of the cases. All three affected individuals were directly isolated.

Already on Sunday, 21.11.2021, the next individual jumping event will take place in Russia.