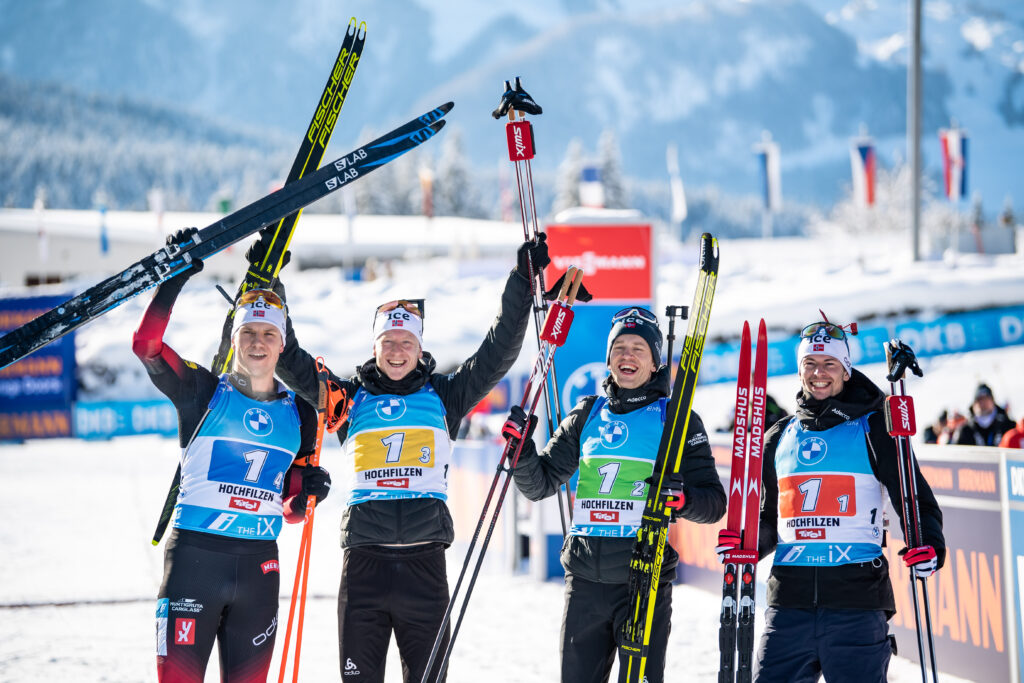 In the second relay race of the season the victory goes to the men from Norway as already in Östersund. In a sovereign performance they prevailed also in Hochfilzen ahead of the competition from France and Russia and won the 4 X 7.5 km. Exactly the same finish as in Sweden.

An outstanding performance was given by Johannes Thingnes Boe who gave his team the necessary advantage in the race which Vetle Christiansen then finished as the final skier and winner. Earlier Tarjei Boe took over in second position from Sturla Holm Laegreid who was given preference over Sivert Bakken after his cold.
A decent race by the French men's relay team in second place, as well as Russia's third place.
The DSV quartet had to let go in the final lap and finished the race already as last week in fourth place.
Results 4 X 7, 5 Km Men's Relay, Hochfilzen:
1. Norwegen        1.14.34, 8 Std.
2. Frankreich       + 21,2 Sek.
3. Russland         + 47,3 Sek.
4. Deutschland    + 1.00,0 Min.
Statement Johannes Thingnes Boe:" Today I am fully satisfied with my race. We could control the competition and I think we deserved to win."
Statement Quentin Fillon Mailett:" Yesterday the victory ,today second place , a satisfied week. We have presented ourselves here super ,and the second place is OK.
I'm really looking forward to the races next week at Le Grand Bornand:"
Helmut Hanus, Hochfilzen
Pictures: K. Voigt Fotografie
Share on facebook
Share on twitter
Share on tumblr
Share on whatsapp
Share on email