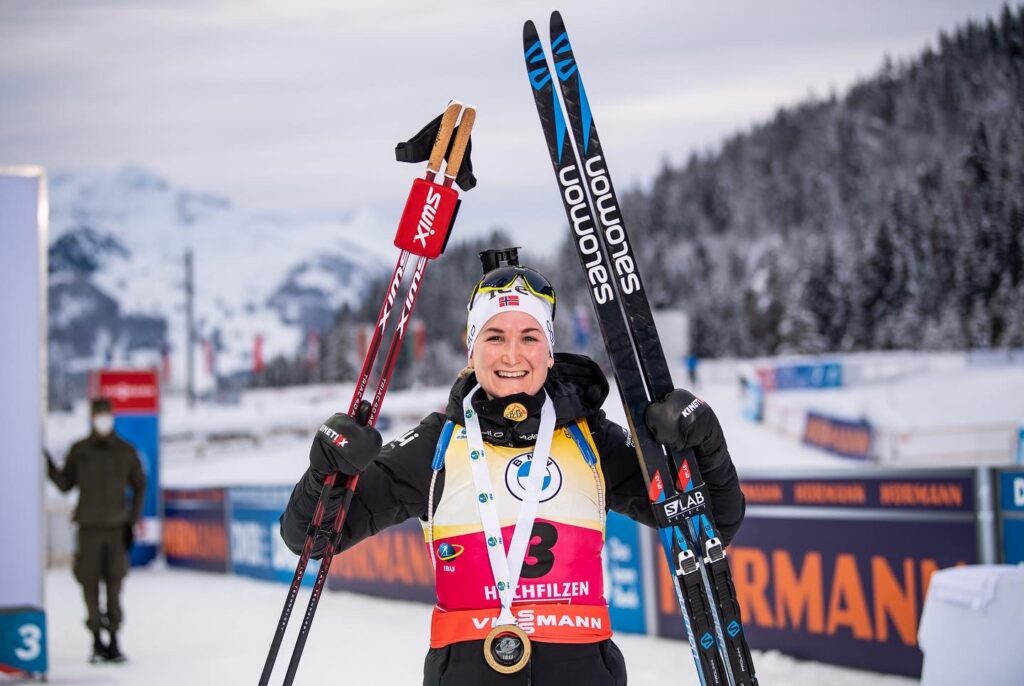 She already looked like the winner in the 10 km women's pursuit, the last race of Hochfilzen, but then Marte Olsbu cracked the leader Hanna Sola on the final lap, won after Östersund also the second pursuit race, and extends her lead in the overall World Cup.

Elvira Oeberg from Sweden ran a very strong race again with her third place, making up 14 places.
Denise Hermann of DSV finished seventh with a gap of 1.20,4 ahead of her teammate Vanessa Hinz ( 1.24,6), both thus reached the Olympic qualification.
Vanessa Voigt was also convincing with eleventh place and made up 16 places.
Justine Braisaz showed again a strong run performance but fluffed at the shooting range and finished 13th.
Tiril Eckhoff, who showed a rising form, already shot herself out of the race in the first prone shooting with three faults, and finished behind her friend
Ingrid Tandrevold finished a disappointing 16th, 1:48.5 behind.
Results 10 km women pursuit Hochfilzen:
1.Marte Olsbu, NOR      30.04,1 Min.
2. Hanna Sola, BLR        + 4,1 Sek.
3. Elvira Oeberg, SWE   + 23,3 Sek.
Statement Marte Olsbu: "I feel great, and I was very happy to wear the yellow bib. I didn't think I could win the race today, but suddenly I saw Hanna in front of me and I was able to overtake her.
I'm now looking forward to some regeneration and then to the races in France."
Statement Tiril Eckhoff: "I felt good today, but after the first disastrous shooting the race was already over for me."
Helmut Hanus, Hochfilzen
Pictures: K. Voigt Fotografie
Share on facebook
Share on twitter
Share on tumblr
Share on whatsapp
Share on email