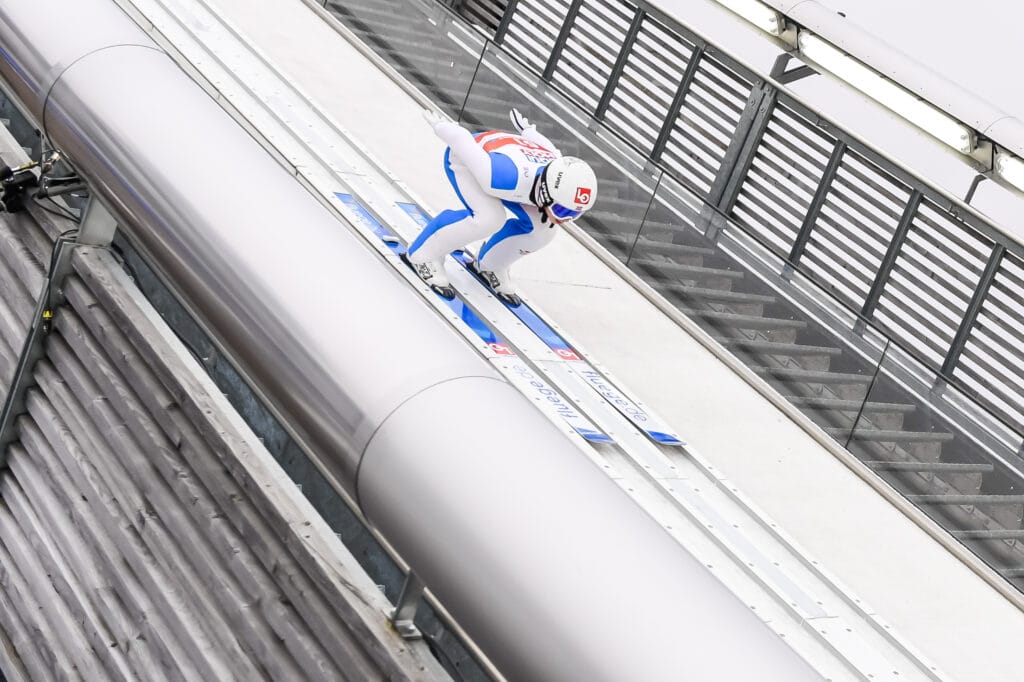 There used to be more tinsel! The classic by Loriot's grandpa Hoppenstedt is often quoted when looking back at the so-called good old days. We will never know what the ageing figure, who once sprang from the great comedian's imagination, would have muttered in relation to ski jumping in the new World Cup season, but the winter of 2021/22 will not be lacking in "tinsel", i.e. highlights. The kings of the skies can look forward to a host of highlights, including the overall World Cup, the Four Hills Tournament, the Ski Flying World Championships and, as an absolute highlight, the Olympic Games.

But who can cut the biggest slice from the giant cake? Is it the usual suspects? Are there new stars lurking? Are heroes of the past making a comeback? The first answers will come from the World Cup opener, which this year will not take place in Wisla, Poland, as is almost traditional, but in Nizhny Tagil, a city in the Urals, north of Yekaterinburg. Two individual competitions are on the program, which also distinguishes this Olympic from previous World Cup series.

And what else? The crowd of favorites is as large as ever, but two jumpers have emerged in the summer as the major contenders for top places. There is defending World Cup champion Halvor Egner Granerud. The 25-year-old won the overall ranking last winter in spite of the Corona break, performed well at the Ski Flying World Championships in Planica, but weakened at the Four Hills Tournament, if 4th place in the overall ranking can be called a "weakness", and had to miss the decisive competitions at the World Championships in Oberstdorf due to a pandemic. It's quite possible that Granerud doesn't care so much about the big crystal globe for the overall World Cup, he focuses on the Olympics and the Tournament. And of course on the Ski Flying World Championships, which will take place in March in Vikersund, a home game for the man from Oslo. High-flyer number two comes from the Far East. At 25 years of age, the Japanese is just as young as his supposedly biggest opponent from Norway, has 19 World Cup victories before the start of the season and, in contrast to Granerud, can also call himself a Four Hills Tour winner; the overall World Cup has also flown into his arms, both in the 2018/19 season. What followed was a performance slump, but Kobayashi has fluttered out of it again, which was impressively underlined not least by brilliant performances at the Summer Grand Prix.

Although the two high-flyers stood out from the crowd of favorites recently, it still has to be said that the field of candidates for podium places is huge. Stefan Kraft, Kamil Stoch, Dawid Kubacki, the Norwegian Daniel-Andre Tande, who has fully recovered after his horror fall, or team mate Robert Johansson or the group of Slovenians could be mentioned and in Nizhny Tagil there might also be one or the other Russian among the front runners, Yevgeny Klimov, for example, who won a season opener in Wisla year and day ago.

Second place went to a certain Stephan Leyhe. Which brings us to the DSV eagles. Of course they want to attack, they have two hot irons in the fire with Markus Eisenbichler and especially Karl Geiger. Germany has sent six eagles to Russia, in addition to the aforementioned Pius Paschke and Konstantin Schmid are also in the squad and two guys who played no role in the considerations of national coach Stefan Horngacher last winter: Olympic champion Andreas Wellinger and Stephan Leyhe. The latter returned to the team with flying colors in the summer after tearing his cruciate ligament, Wellinger needed longer to completely heal from his injury - also a cruciate ligament tear - and get back into World Cup shape. The eagles' comeback meant that other athletes were unable to jump on the World Cup bandwagon. Severin Freund, for example, Martin Hamann or also Richard Freitag. For the trio it will be damn hard to still experience one of the mentioned season highlights live - apart from the first two tour jumps, because there the Germans have more starting places thanks to a national group. For the sextet starting in Russia, on the other hand. Everything is possible! From the DSV's point of view, however, a victory in the Four Hills Tournament would be particularly desirable in addition to medals at the Olympic Games. The last one was 20 years ago, Sven Hannawald won in 2001/2002 and with four individual victories he was the first jumper ever to achieve the Grand Slam in the Tournament.