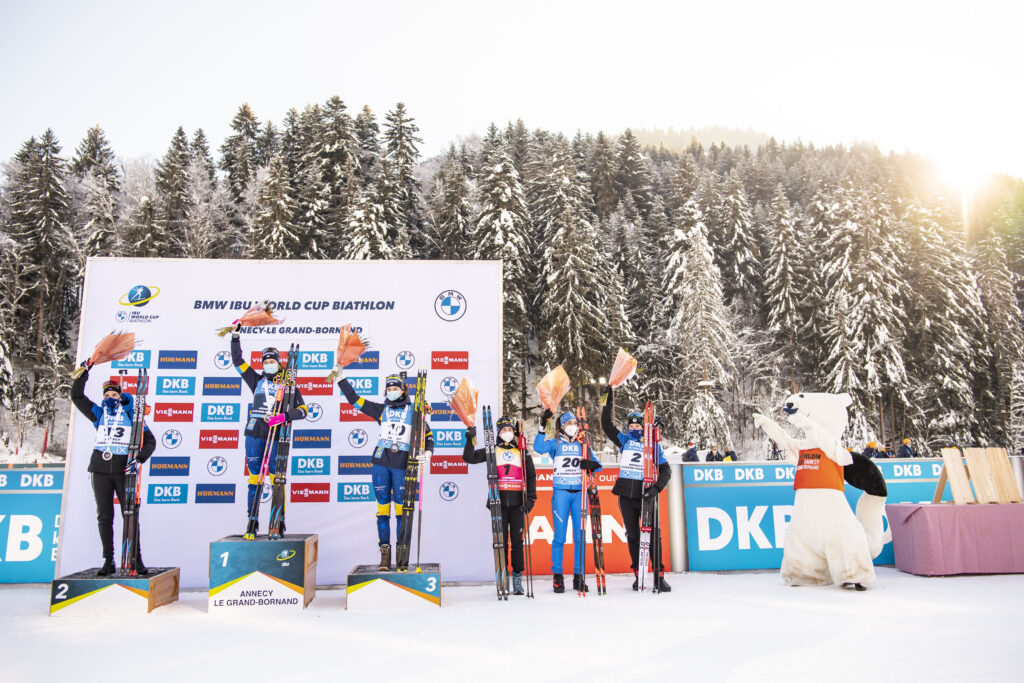 After her third place in the sprint, Elvira Oeberg stormed to the front in the 10 km women's pursuit in front of 24000 spectators in Le Grand Bornand, and can let it coast to the end.

The 22-year-old Swede could allow herself two penalty laps in view of the second-best run time behind Justine Braisaz and achieved her long-awaited first World Cup victory. Several times this season she was able to convince with excellent run performances and it was finally only a question of time when the first victory would follow.
The result from the Swedish point of view is completed by the third place of their
Sister Hanna, who was only much slower in terms of running and also allowed herself two misses.
In between Julia Simon finished second in front of her home crowd with one penalty loop.
Marte Olsbu , leading for a long time, finished fourth after three misses.
Justine Braisaz once again the fastest in the track had to settle for seventeenth place after five extra laps.
Disillusionment once again among the Germans.
In terms of skiing, the four DSV women were not among the front runners, and the shooting performance was also so-so. The fifteenth and nineteenth places of Vanessa Hinz and Vanessa Voigt do not meet the requirements of the DSV, furthermore disappointing was the 38th place of Denise Herrmann , who had to miss six targets.
Results 10 km women's pursuit, Le Grand Bornand:
1. Elvira Oeberg, SWE      29.27,0 Min.
2. Julia Simon, FRA          + 4,2 Sek.
3. Hanna Oeberg, SWE   + 11,6b Sek.
4. Marte Olsbu, NOR       + 13,4 Sek.
17. Justine Braisaz, FRA  + 1.47,8 Min.
Statement Elvira Oeberg:" Now I also have my first World Cup victory. It was very nice to stand on the podium with my sister, an emotional feeling.
It was a lot of fun to run here."
Statement Julia Simon:" I am overjoyed to give this great audience here in my home country a podium place. The atmosphere in the stadium simply couldn't be topped."
Helmut Hanus, Le Grand Bornand
Pictures: K. Voigt Fotografie
Share on facebook
Share on twitter
Share on tumblr
Share on whatsapp
Share on email