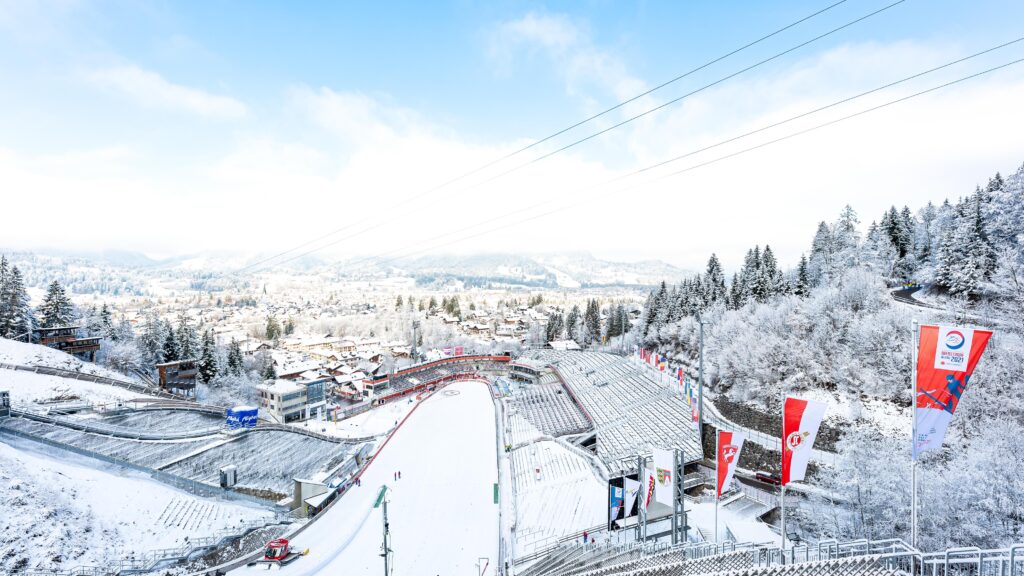 The insane winter: A first summary

Corona and the Ukraine war overshadowed the Olympic season

Where - if not at the Olympic Games - should one begin a seasonal review in an Olympic year. This winter, there were and are indeed alternatives - the Corona pandemic, for example, or the war in Ukraine, which was started by Russia's ruler Putin. Both events with a decisive influence also on the sport, both not suitable to declare the season as "normal". Nevertheless, a look at the results lists shows that favorites won and failed, new stars rose in the winter sports sky and once again plenty of highlights caused a sensation. Seen in this light, the sport remained a constant in turbulent times.

In cross-country skiing, the fans experienced a mix of consistency and changing of the guard. Therese Johaug remained the measure of all things in her last season, but the Norwegian phalanx in the women's race is broken. Russia - for as long as it has been in the race - and Sweden, but also the individual women from the USA, Austria and Germany, are all in the mix. In the men's sprint, France's Jouve is a new star in the cross-country sky, Sascha Bolschunow was crowned cross-country king in Beijing, but Johannes Haesfloet Klaebo remains a constant. In Nordic combined, Corona struck mercilessly, preventing Jarl-Magnus Riiber from being crowned the new king of his sport. In his place Joergen Graabak stepped in, won 2x gold at the Games. Riiber, who either missed the Games completely or had to make do with an extra role due to corona, just like the top stars Terence Weber, Eric Frenzel and Christian Illves, spectacularly won the overall World Cup. For the man from Lillehammer the fourth big crystal globe in a row, only Eric Frenzel has achieved (even) more with five successes in a row. However, the 24-year-old has already achieved another record: 49 World Cup victories, which was achieved by no other combined athlete before Riiber.

The women, on the other hand, are still at the beginning; 2021/22 was the first "real" World Cup year, dominated by Ingrid Westvold-Hansen. But because the combined women are not yet part of the Olympic Games, the discipline will probably only come more into focus again next year, when the Nordic World Ski Championships are scheduled in Planica. Then the women's ski jumpers, whose season had many ups and downs, will also be involved. At first, Sarah-Maria Kramer from Austria dominated at will, but just before Beijing she also caught the virus. This increased the chances of other jumpers and the Slovenians knew how to take advantage of that. And then there was the mixed competition in Beijing. Certainly the black spot in the season. On the one hand, because the jury surprised with correct controls at the Games, on the other hand, because it became clear that even the top nations had not taken it so exactly with the observance of all rules. This caused damage that needs to be repaired. With more clearly defined rules, with greater transparency and with a new awareness among athletes that sports cheating is more than just the use of performance-enhancing drugs.

Biathletes and ski jumpers still have their final competitions ahead of them in the next few days. The other athletes, on the other hand, will be glad that the season is over and hope that the next winter can be a "normal" ski winter without any disturbing external influences.