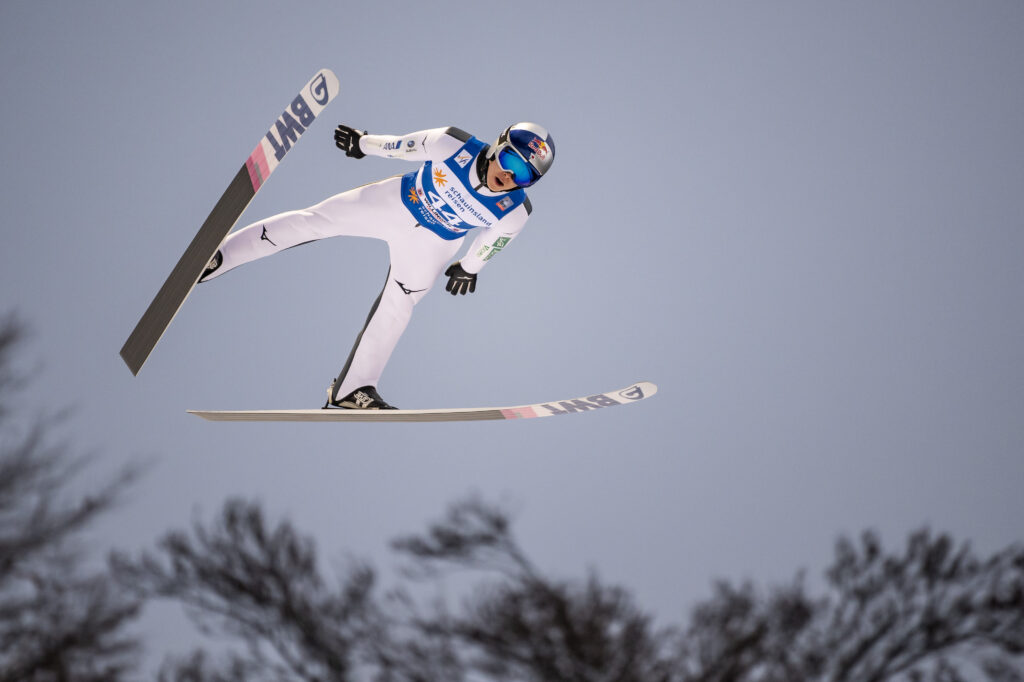 Ski jumping ace Ryoyu Kobayashi is a star in Europe, but not so much at home

Viewed through European glasses, one could assume that Ryoyu Kobayashi is a well-known man in his home country. That's true in principle, but it's still not comparable with the popularity of Kamil Stoch, Andreas Goldberger, Sven Hannawald or Simon Ammann. In any case, Kobayashi is not a star - like the quartet from Poland, Austria, Germany and Switzerland - and there is a reason for that: He is Japanese.

There were and are many top ski jumpers from Japan, whether Yukio Kasaya, who was Olympic champion in 1972, Hirokazu Yagi, who won silver eight years later, the successful Nagano duo Kazuyoshi Funaki and Masahiko Harada or even the almost indestructible oldie Noriaki Kasai, who became world ski flying champion in 1992, 30 years later still hasn't had enough of his sport and, after missing out on qualification for Beijing, has now announced at the age of 50 that he wants to prepare for the Olympic Games in Milan in 2026. So they have always produced high-flyers in the land of the rising sun. Great female athletes, too, by the way; Sara Takanashi is certainly the best known.

Back to Ryoyu Kobayashi: The 25-year-old, whom his father, himself a sports teacher, brought to ski jumping, would certainly be a star in this country - successful, good-looking, an easy-going guy, and also at home on all social media channels. In his home country, however, the man from Hachimantai flies rather under the radar in public. Of course his successes are registered, of course there are a few TV appearances, invitations to talk shows or guess rounds. But unfortunately, ski jumping is the wrong sport in Japan for the really big popularity. For that, Kobayashi would have to be a sumo wrestler or a baseball player. Winter sports became more popular in the country after the 1972 Sapporo Games, but figure skating is much more popular than ski jumping.

Economically, on the other hand, Ryoyu Kobayashi doesn't have to worry. Like most Japanese jumpers, he is a member of a team that belongs to a company, in Kobayashi's case a large construction and real estate company. The company does not only afford top jumpers; in addition to the two-time tour winner, the Tsuchiya Home Ski Team also has his brother Junshiro, former champion Kasai and Yuki Ito under contract. The team also has Richard Schallert as its coach. Kobayashi names the Austrian and selection coach Hideharu Miyahira as his most important reference person, of course in addition to his brother Junshiro, with whom the high-flyer shares a room during the long tours through Europe and whom he describes as a pool of calm when the hype surrounding him on the old continent is once again enormous. Although Kobayashi actually likes hype. When he became the focus of public attention in Europe, that was with his first tour victory, at that time the Grand Slam, i.e. successes on all four hills, he once described himself as a neo-Japanese. Because he cheers extrovertly, loves fast cars and modern music. The proverbial traditional restraint, on the other hand, is not really Kobayashi's thing. Perhaps that's why people in Japan tend to treat him with reserve.

It will be interesting to see how he performs at the Olympic Games. After all, even gold in China would be just another little stone in the now quite large mosaic of his successes. But the Olympic victory would have a different effect - Ryoyu Kobayashi would then certainly also receive greater attention at home.