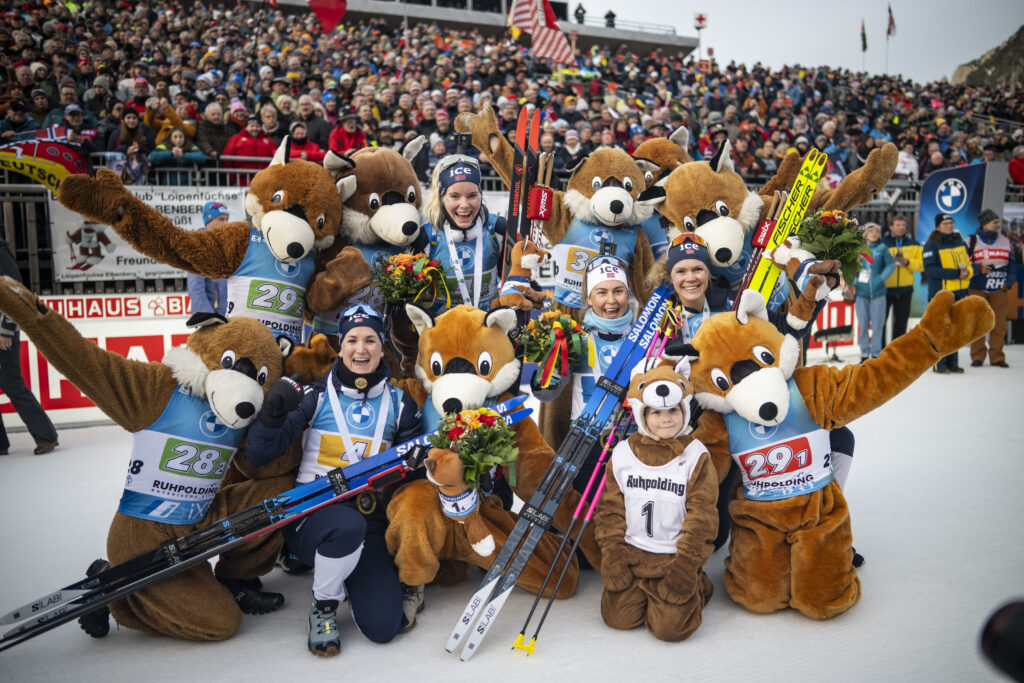 We write the 11.01.2023, the men's individual race, over 20 kilometers is on the program of the competition schedule.

The weather did not make it easy for the organization team in the Chiemgauarena in the run-up. Temperatures above freezing, rain and storms were the daily program. One could almost watch the snow melting. However, the team around stadium manager Alois Reiter once again managed to make the best out of the difficult situation. They managed to protect the course so that nothing stood in the way of an exciting competition weekend.

So the men started their race at 2:10PM on Wednesday, and it was difficult conditions on race day as well. Deep terrain made the already difficult individual start even more challenging. The favorite team from Norway, with superstar Johannes Thingnes Boe put their own stamp on the race once again. Johannes Thingnes Boe convinced with best times in the track, outran the field and was even able to compensate one mistake. Although he made two mistakes in total, he was able to finish ahead of his compatriot Vetle Christiansen. Vetle Christiansen finished second with only one miss. The 35 year old Slovenian Jakob Fak was able to provide a surprise. He managed the masterpiece to stay clear at the shooting range and took third place.

At the end of the day, the organization team was happy to be able to hold a results list in their hands at all. Because in the middle of the running race a power failure caused confusion. The complete power supply of the arena had failed, no light shone any more, no announcement of the stadium speaker sounded any more and no television picture appeared at home on the screen any more. The exact cause of the disruption will be determined in the aftermath. Fortunately, the emergency power supply on which the timekeeping system is additionally connected was sufficient to secure the times. Also the electrical system of the discs continued to run. So in the end it was, in a way, a special day, only the winner was, as so often, the same. Johannes Thingnes Boe from Norway!

The following day, it was the women's turn. They went into the 15-kilometer individual race. The conditions were better than the day before. Overnight the temperatures increased a little bit, moreover the team used salt to bind the snow. At the top of the podium was the Italian Lisa Vitozzie. She was able to win the race with four flawless shooting and a fast run time. The young Frenchwoman and KinetiXx athlete Lou Jeanmonnot also remained clear, she climbed to second place ahead of Julia Simon, who made a mistake in the last shot.

The starting skier of the Norwegian men's relay on Friday, Sturla Holm Laegreid, made it exciting. He ran almost the whole race from the front, but then failed several times in the standing shooting and in the end he also had to ski a penalty loop. The favorites were far behind after the first exchange. But already Tarjei Boe in second position made up ground and places. Vetle Christiansen finally brought the relay back to the front ranks and was able to hand over to the final skier Johannes Thingnes Boe at the same time as the German relay. Boe immediately broke away from Roman Rees, the last skier of the German team, and even had enough time to run towards his already celebrating teammates with the Norwegian fane in his hand. In the end, Norway was on top, ahead of Germany and the relay team from France.

A similar picture emerged the next day in the women's relay race. Norway was at the start with four strong women. Karoline Knotten started the relay, on position two followed Ragnhild Femsteinevik who handed over to Marte Olsbu Reiseland. Ingrid Landmark Tandrevold brought the relay to the finish. Norway won ahead of the women of the German team. The relay teams from Italy and Switzerland fought for third place until the end, with Wierer crossing the finish line just 3 seconds ahead of Switzerland's Lena Haecki-Gross.

On the final day of competition, there were two competitions on the schedule. Namely, the men went into their 15 kilometer mass start in the morning.

Johannes Thingnes Boe didn't hesitate for long, started already in the first lap and put his competitors under pressure again and again. In the end it was him who caught up Vetle Christiansen on the final lap and was able to put some more meters between himself and his compatriot. So Johannes Boe won superiorly ahead of Vetle Christiansen and Laegreid. Fourth went to Tarjei Boe who just missed the podium.

In the rain and difficult conditions, the ladies managed to give the fans another great show at the end of the competition weekend. The stadium was full with over 17,000 spectators and together with the athletes the spectators braved the bad weather.

All in all it was again a great biathlon weekend in the Chiemgauarena, with many enthusiastic spectators, great races and beautiful moments.

The race continues already on Thursday with the women's sprint race in Antholz, Italy, the last World Cup venue before the World Championships in Oberhof.