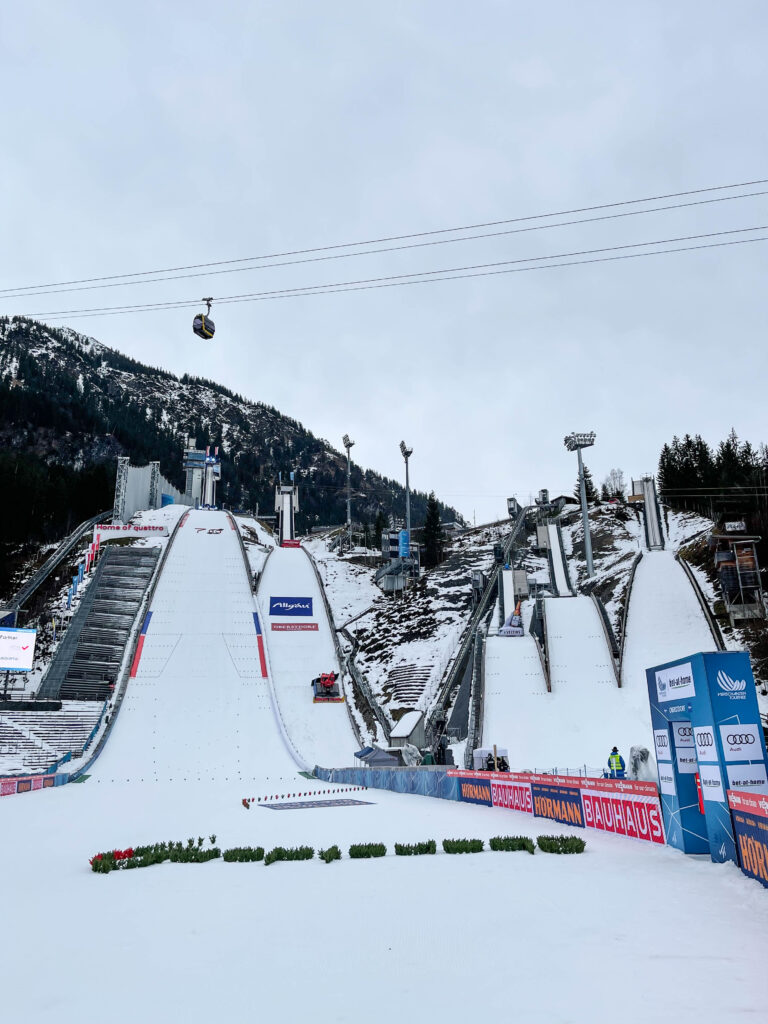 The Four Hills Tournament thrives on providing answers to many questions. First and foremost, of course, the question of the overall winner. Will another jumper manage the Grand Slam, i.e. to decide all four competitions between Oberstdorf and Bischofshofen in his favor? Or will another athlete make it to the top without having won a single competition? Will there be another situation like in 2006, when two athletes, Janne Ahonen and Jakub Janda, were the overall winners with equal points after four jumps? These are the big questions. But embedded in the tour are also many small ones. Because the mode of all four competitions always provides for a knockout in the first round, there is a tiny bit of suspense in each of these 25 duels. Often enough it's a David versus Goliath duel, sometimes - admittedly rarely - the underdog comes out on top and thus destroys all dreams of the favorite in the direction of the overall standings.

But for the two host countries there was another extra ranking so far, which already started on the qualification day. Because in addition to the athletes from Germany seeded in the World Cup at the jumps in Oberstdorf and Partenkirchen and Austria in Innsbruck and Bischofshofen respectively, both co-hosts were able to bring a so-called "National Group" to the start. And so instead of the "normal" six DSV World Cup starters, a dozen boys were allowed to start at the Schattenbergschanze in December 2020. After all, eleven of them made it into the top 50, i.e. into the first round, which of course added to the excitement of this competition from the point of view of the local fans. The same was true year after year for the red-white-red eagles, then in Austria. And not so seldom the German boys from the second row after the New Year's jumping presented the coaches with the tricky task of having to decide who should start the trip to Innsbruck - because from the 12 DSV jumpers became six again after tour half-time and the trip to the neighboring country. Another one of those suspenseful moments.

No DSV B team in Oberstdorf

This year he will be missing. Because Germany will do without the national group in Oberstdorf. What was considered an unwritten law at the latest since the reunification under Rudi Tusch, Reinhard Heß, Wolfgang Steiert, Peter Rohwein and Werner Schuster will not take place in 2021. The current national coach, Stefan Horngacher, wants it that way. This is not to be criticized at first, but only to be taken note of, alone the reason of the measure cannot convince so quite. When asked, Horngacher explained relatively tight-lipped that the decision had been made strategically, that he didn't want to put too much stress on the second-tier jumpers and that he would therefore only use them for the New Year's jump in Partenkirchen. Hard to understand, because the difference between the opener in Oberstdorf and the qualification on New Year's Day should be rudimentary. The comment that jumpers like David Siegel, for example, were sad not to be allowed to start in Oberstdorf was countered somewhat harshly by the national coach with the comment that Siegel could have made it into the World Cup team with better results in the run-up to the season. All true, but still somehow a pity. Because what is missing is the permeability in the team with regard to the second half of the tour. Tour miracles - when an athlete from the second row was able to displace a starter from the World Cup team and jumped through the entire tour are practically impossible. Although Horngacher certainly knows best what performance level his B squad currently has to show. In any case, the best-known names are currently also jumping in the Continental Cup at best, David Siegel and Martin Hamann were not able to convince, Richard Freitag is even trying his hand in the third-class FIS Cup. The Austrian at the head of the DSV coaching team may well be accused of having pondered over other factors as well. In Titisee-Neustadt and in Willingen there are other World Cup jumping events on German soil. It is possible that some of the world's elite will refrain from participating in these competitions with a view to the Games in Beijing, which would increase the chances of the German participants starting then with regard to good placings. And of course, a decision against the B team is always a vote of confidence in the current World Cup septet.

Nevertheless, the hope remains that Oberstdorf 2021 will remain an exception. Because above all the fans, if they are allowed to be there again next winter, are of course particularly excited when jumpers from their own country sail into the valley, because the small highlights are just as much a part of the tour as the question of the decision right at the front and because the overall package makes up the flair of the Four Hills Tournament.