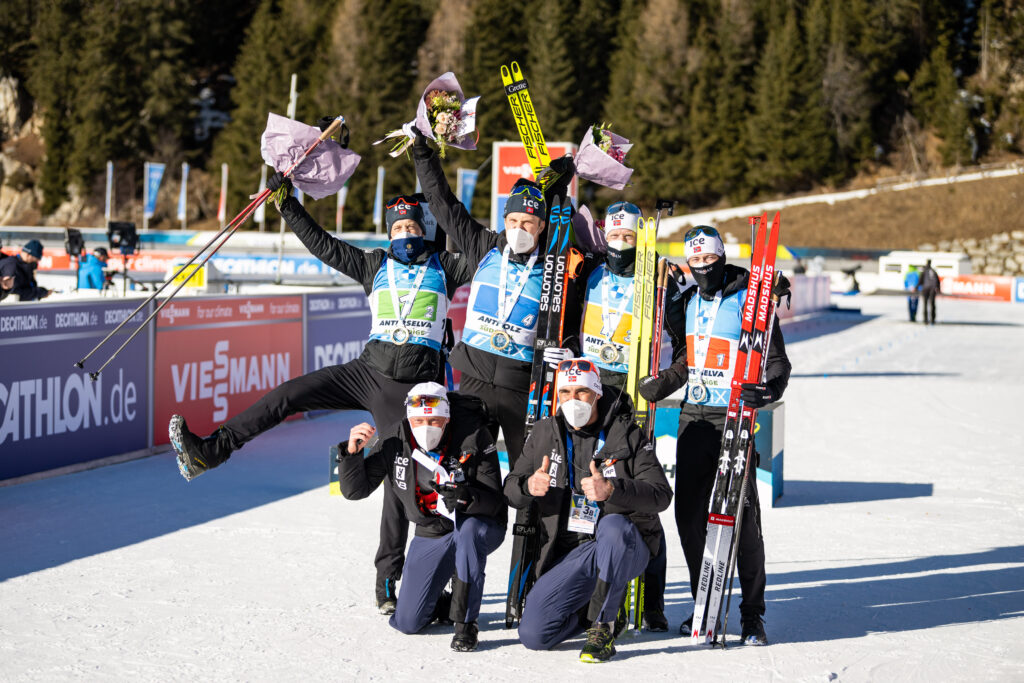 Will it be a triumph for the Scandinavians?

There is one country that can do practically anything in sports. This country is located in the north of Europe and has just over five million inhabitants. To end the guesswork right away, it's Norway. More precisely, the Kingdom of Norway, a constitutional monarchy. At the moment, King Harald V is the head of state. He traditionally attends the ski games at Holmenkollen every year. However, because of his advanced age, he remains in the role of a spectator. His father, Olav V, was made of very different stuff. As crown prince, he took part in cross-country skiing, was a ski jumper and passionate sailor. In 1928, Olav won gold in this sport at the Olympic Games. At Holmenkollen, the local mountain of the capital Oslo, which the locals call "Kollen" for short, there is a monument honoring Olav as a cross-country skier.

The Norwegians actually have a rather relaxed relationship with their royal family, but when it comes to sports, one gets the impression that everyone wants to be even better than the head of state. Maybe that's why the country is so crazy about sports. Or maybe it's the country's prosperity, which allows its inhabitants to spend a lot of free time. And in terms of nature, the country is richly endowed.

In summer, the Scandinavians are in a class of their own. Measured in terms of population, it's amazing how many top athletes are produced time and again between North Cape and Bergen, and in so many different sports. Recently even in chess. But swimming, cycling, track and field, handball - everywhere you go you hear "Heja Norge", the traditional battle cry of the fans, accompanied by the tinkling of countless bells worn as collars. Unfortunately, not this winter at the Games in China. And that's not because of the sports fans from the land of fjords and trolls who love to travel and celebrate. It's simply because spectators from abroad will not be able to attend the Games this winter for the reasons we all know. Which admittedly robs the competitions of a lot of their charm. Because winter sports without fans from Norway is unthinkable under normal circumstances. Why?

The real brand essence of physical training "Made in Norway" lies precisely in winter sports. The country is even called the cradle of Nordic skiing and indeed - most of the disciplines can be traced back to inventions of the Northmen, who later carried their ideas first to Central Europe and North America, meanwhile to the whole world, at least to the corners where snow is found or produced. Logically, they were always thick on the action at the Olympic Games. Most recently, not only there, but even in the medal standings, an always popular bean-counting, quite in front. There were 14 gold medals in Pyeongchang 2018 and it can be assumed that there will be even more in Beijing.

In 2022, it will not only be cross-country skiers, ski jumpers, Nordic combined athletes around high-flyer Jarl Magnus Riiber or biathletes who will cause a sensation, but the abbreviation NOR behind the medal winners can actually be expected almost everywhere. Whether alpine skiing, speed skating, the trend sports - one mixes in the sign of the blue Scandinavian cross with white contour on a red background, the Norwegian flag. And bets are already being placed on who will win the most medals at the end of the Games. Biathlete Marte Olsbu Roiseland or her teammate Johannes Tignes Boe? Cross-country skier Johannes Hoesflot Klaebo or his compatriot Therese Johaug? The "record for the ages" is of course held by a Norwegian. Cross-country skiing legend Marit Bjoergen crowned herself queen of the Winter Games with her title over 30 km on the last day of competition of the cross-country skiers four years ago, it was her eighth Olympic victory, in addition to four silver and three bronze medals. And if you still don't believe that Norway is the superpower in winter sports - behind Bjoergen on the list of Olympic medal hamsters are men Ole Einar Björndalen and Björn Daehli - two - we guessed it - Norwegians. What could possibly go wrong at these Games?