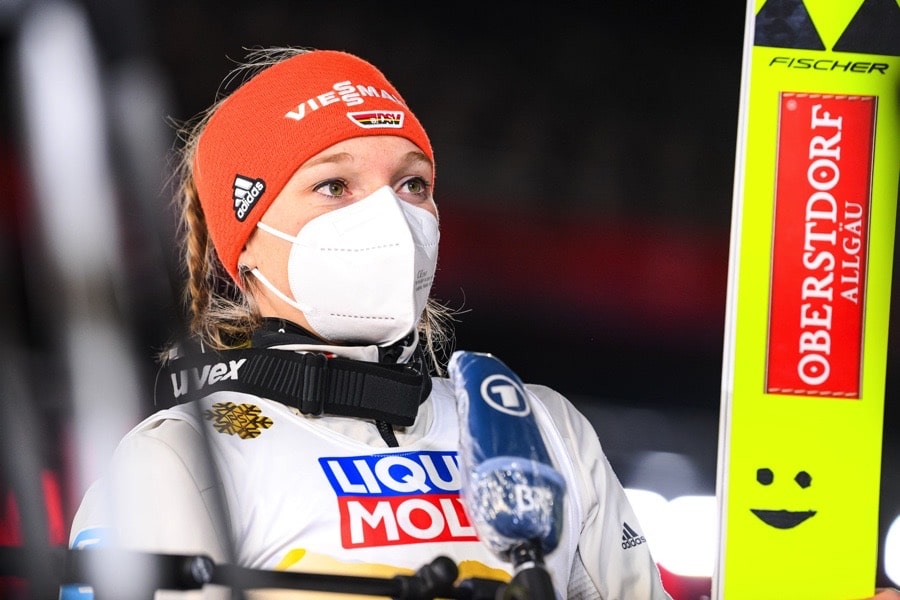 Katharina Althaus had clear ideas. Asked about the Four Hills Tournament for women as well, the Oberstdorf native made a clear plea on ZDF for the same locations, also for the same time period. It was time, the German pleaded, for a tour between Oberstdorf and Bischofshofen, just like for the men and also at the same time. Moreover, according to the 25-year-old from Allgäu, other variants would not be possible at all, the term "Four Hills Tournament" would be a protected one and only feasible in the known form.

Tour for ladies already from 2024?

All right! Equally understandable is the desire of the ski jumping women to hold a competition parallel to the men. And because the Four Hills Tournament is a strong brand, the thing could also work. Horst Hüttel, sporting director at the German Ski Association for ski jumping, recently also pleaded for this variant, signaled agreement with the organizers, agencies and television. And because the head of the Four Hills Tournament himself made a clear statement in favor of the women's competition just in time for the start of the 70th men's event, it seems that the women's tour is only a matter of time. Tour director Peter Kruijer had announced that the women would be taking part by 2024 at the latest, albeit in a different order, and that they would always swap - in other words, the women would choose the order Garmisch-Partenkirchen - Oberstdorf - Bischofshofen - Innsbruck.

As always, the devil is in the details. For example, what happens if - as this year - a men's competition has to be postponed? Will the women's competition then be cancelled? In addition, the fear is not unjustified that the women's ski jumping will be demoted to the preliminary competition of the main decision - the men's competition. And what actually happens on television on New Year's Day? Will the New Year's Concert of the Vienna Philharmonic Orchestra be cancelled and will it be broadcast live from Oberstdorf in Germany and Austria? Or do they plan the women's competition after the men's New Year's jumping - the estimated length of the total work of art is about three and a half hours. Or will there be a conference? And what about other competitors? The Austrian Ski Federation has been thinking about a series of its own since the fall, with stops in Ramsau and Hinzenbach, possibly Villach, and maybe Ljubno and Planica. Then they would even have a five-jump tour - a unique selling point and, moreover, not a protected term. In addition to the Austrians and Slovenians, there are also other interested parties in Germany, in Thuringia and Saxony, for example. The disadvantage: Almost all the places mentioned have "only" normal hills to offer - and that is too little for the ladies. They want to go to the big facilities, where you can experience more spectacular flights.

The dream of flying

Some women even dream of ski flying - understandable, but difficult. Even Austria's number 1 ski jumping expert - Toni Innauer, rejects this idea. He considers flying too dangerous for women because of the extreme external forces, but is otherwise an ardent advocate of women's competitions on ski jumps - even on big ones.

That still leaves the issue of prize money. Of course, the women also have the desire to reach the level of the men as quickly as possible. Currently, the men receive roughly the same amount for winning the qualification for a tour event as the women's winner is paid after the actual competition. The problem, however, is that the market regulates prices, and that applies not only to prize money, but also to sponsorship income. And so an advertising partner from the business world gets the place on the helmet of the female jumper for a fraction of the sum that he would have to spend for the same positioning on the men's jumping cap. But this would change if the importance of women's ski jumping were higher. A Four Hills Tournament could contribute significantly to this.