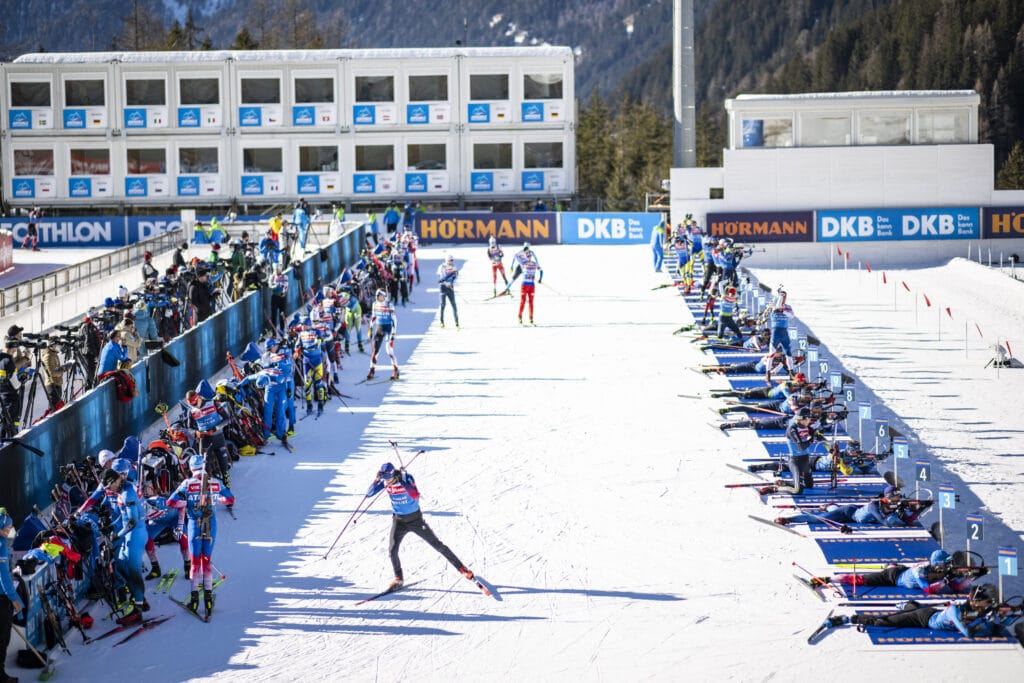 Test track for Olympics- substitute for the disappointed

Franziska Hildenbrand has already experienced a lot in her long career. But the 34-year-old is going through a roller coaster of emotions these days, especially here in the days of Antholz, like rarely before. First, she made people sit up and take notice in the World Cup with appealing performances and was still hoping for a nomination to the Olympic Winter Games in Beijing, but in the course of the week at the World Cup venue in Antholz, she learned that she was no longer on the Olympic train - no nomination for her. Actually a reason to let the button hang, but not so this winter. Because precisely because the Olympic Winter Games are just around the corner, the World Cup weekend in Antholz will be more than just a substitute event for the NON-PEKING skiers for all nations. It's -nomination this- nomination that, still a chance to show and present themselves and there's a reason for that: CORONA.

Was it today Julian Eberhard of the ÖSV of the Olympia in Antholz a refusal gave, for personal reasons, because to him the journey, the stay and the whole Drumherum is too uncertain and he thinks of his health. In the meantime, many more think like him, but do not dare to make a decision against the Olympics.

When the DSV announced the Olympic team on Wednesday, Franziska Hildenbrand's name was missing. But only five DSV runners have been considered so far. And the developments surrounding the pandemic and its implications for the sport mean: In the event of a case, additional nominations would have to be made, and that leaves a loophole open: see the Handball European Championships. Of course, no one wishes an injury or illness on a teammate, but in this difficult time and exceptional situation, you have to keep fit, even if the train to the Middle Kingdom already seems to have sailed.

Franziska Hildenbrand and also some other athletes from different nations will attack in Antholz as if it was still really about the qualification for Beijing. This is reminiscent of four years ago, also in Antholz, when none other than the king of biathlon, Ole Einar Bjoerndalen, had to qualify for the Games in PyeongChang 2018. It was his last chance to qualify for the Olympics, but in vain. Instead, young Erlend Bjoentegaard was nominated, and the same thing happened to him this winter, he fought for an Olympic ticket, but his young teammate Sivert Bakken was called to the Norwegian Olympic team.

For some athletes, however, Antholz still means a mini chance for the Olympics. If it is not enough for the trip to Beijing, the travel stresses and distances would be less - but not charmless. Because at the end of the month the European Championships will take place in the Bavarian Forest at the Arber and this can be called a consolation for all those who did not make it to Beijing. In any case, Antholz will first serve as a preparation for the competition. The track in Antholz is located at an altitude of about 1600 meters, similar to Beijing, but the European Championships arena at the Arber is about 500 meters further down. Other nations such as Norway, for example, deliberately went up to the Passo di Lavaze not long ago in order to train there. They even renounced the start at the World Cup in Ruhpolding. This is called training control.

The DSV thought long and hard about how to plan the World Cup calendar and the training days and then decided to start in Ruhpolding and Antholz. However, the exact races will be differentiated from athlete to athlete. Then the athletes drive directly from Italy to Frankfurt and fly on to Beijing, in order not to risk infection. Others plan a short trip home, such as the French, which is viewed with mixed feelings by the federation leadership, because they wanted to avoid contacts within the family or with acquaintances and friends. And again other nations as for example Italy must drive the full program. Because if Wierer, Vittozzi and Co. would not go to the start in Antholz, surely trouble would be pre-programmed. This time, the preparation for the Olympics is completely dominated by the Corona virus. While people were looking forward to the Olympic Games in the past, many athletes, officials and even functionaries are looking forward to these Games with mixed feelings, because the fear and uncertainty of what to expect in Beijing is in the back of many people's minds. Whether Franziska Hildenbrand will be on the plane to Beijing is rather unlikely. It is likely that she will not travel by car from South Tyrol to Frankfurt, but will travel to the European Championships in the direction of the Bavarian Forest with many others.