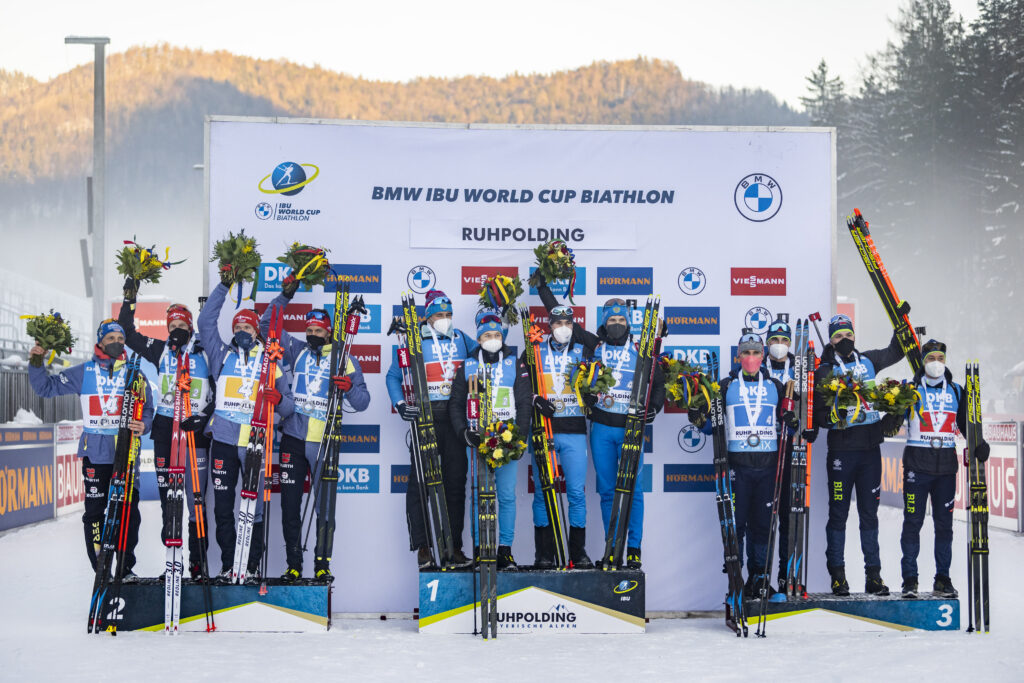 After two third places the 4 X 7.5 km men's relay team of Russia succeeded in winning the first World Cup of this season in the Chiemgau Arena of Ruhpolding. At the beginning still running in the crowd, then an outstanding Alexander Loginov set the decisive accents of the race and handed over to final runner Maxim Tsvetkov the lead, which was enough until the finish.

The first podium place was for the DSV men after two fourth places. With a gap of 7.0 seconds they finished excellent second. Third place went to the strong team from Belarus. Co-favorite France had to miss one target, but still finished fifth thanks to a successful catch-up by Quentin Fillon Maillet. The Norwegian substitute team was already deprived of a good ranking by the crossfire of Sweden at the first shooting stage, received a time credit of two minutes by the jury and finished the race in seventh place.
Ergebnisse 4X 7,5 Km Herrenstaffel, Ruhpolding:
1. Russland              1.11.06,1 Std.
2. Deutschland       + 7,0 Sek.
3. Belarus                + 23,0 Sek.
5. Frankreich           + 1.15,0 Min.
7. Norwegen            + 2.00,6 Min.
Statement Alexander Loginov:" We have set up tactically smart today, and that has fully worked out with our victory today. Now we were on the podium in all relay races, which proves our strength."
Statement Quentin Fillon Maillet:" If you have to do a penalty loop once, then you have actually already lost. We didn't give up and were able to make up some places. Unfortunately it was not enough for the podium."
Statement Alexander Andersen." We had nothing to do with the outcome of the race after the first shooting, after the Swede had aimed at my targets. I was quite surprised and tried to make the best of it. Today it would have been possible to finish higher than seventh.
Pictures: K. Voigt Fotografie
Share on facebook
Share on twitter
Share on tumblr
Share on whatsapp
Share on email