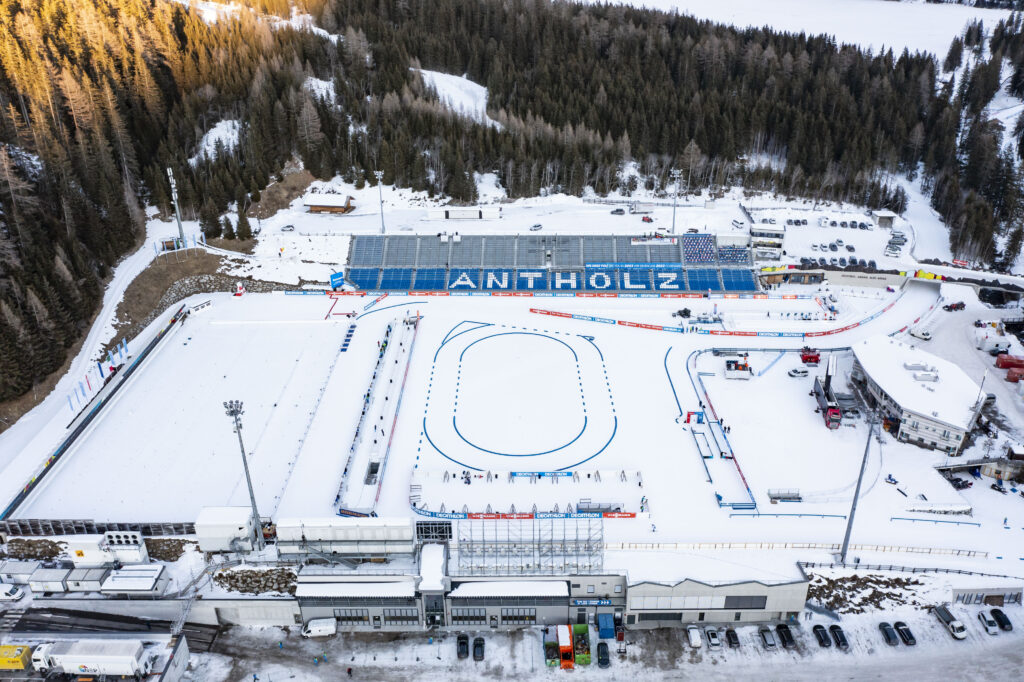 Biathletes take advantage of all opportunities before the Olympics - but who will find the road to success?

Whoever looked into the camp of the biathletes in the last few days, looked astonished. At the latest after the turn of the year, things got wild among the winter two-man athletes. Oberhof, Ruhpolding, Antholz - these three locations have been regarded as set in the World Cup for decades, as cult venues of the sport, the fascination of the interplay between attractive and challenging tracks and the unheard-of crowd response has been a highlight of the season for years.

This year, however, everything turned out differently. First, the audience was missing at all three locations and thus almost the most important component of the spectacle. Because a virus is keeping the world in suspense. With effects, of course, also on the sport. Not only that no spectators are allowed - because the games are under the sign of COVID 19, which should actually be called COVID 19-22 by now, the potential participants reacted already in advance. In Oberhof, for example, some stars were absent because they wanted to have another intensive training phase after Christmas with a view to Beijing, so competitions did not fit into the program. In Ruhpolding, other nations skipped, the Norwegians, for example, went up one more time, others actually took a break. Deliberately, mind you. And Antholz has been as popular as it is controversial for years. Because the tracks are at an altitude of 1,600 meters, the air gets thinner, the oxygen content drops. This is not everyone's cup of tea, especially because the effects of maximum load at altitude can sometimes lead to a drop in performance, but no one wants that with a view to Beijing.

Nevertheless, poker is played like crazy. Johannes Tigne's Boe and colleagues, for example, were at the start. Because - in contrast to the competition - they had brought forward the high-stress phase before Beijing by a week, therefore skipped Ruhpolding. That could make sense. After all, the Olympic courses in China are at a similar altitude to the cult course in South Tyrol. And so the guard of the Northmen fought for World Cup points in Italy, while other nations lay on the couch and followed the action on TV. And so one looked in vain for a few well-known Russians, Swedes or Frenchmen around World Cup leader Quintin Fillot-Maillet in Italy.

The Germans once again opted for a mixture, among the men a few guys came to the Antholz high valley only for individual competitions, others, like Erik Lesser, stayed away completely and Bendedikt Doll, for example, proceeded according to the motto: Veni - Vidi - Vici. Doll came, saw and won. That is worth its weight in gold, at least for the self-confidence, even if some of the top stars of the competition were missing. Not so Johannes Tigne's Boe: He had dominated in the last winters. But already at the start of the season, his brother Tarje, who is also extremely successful, announced that the World Cup was not an issue at all this year. For the Boe brothers, only one thing counts this winter: the Olympic Games. Second place in the mass start and the victory with the relay team in Antholz are taken rather incidentally, because the entire season was built up for the highlight in China, the yellow jersey, the crystal ball for the champion does not matter. Understandably, the Norwegian has already collected these merits. But to shine at the Games, to dominate the competition there - that is the goal. For this, training and tactics, investments and omissions and also poker were made. The DSV Olympic starters, for example, travel to Antholz after the World Cup and prepare for Beijing at altitude. That's why this winter it's like playing poker - whether it's a full house or no hand at all, that only becomes clear in the game. Sometimes there are only nuances between gold and failure.