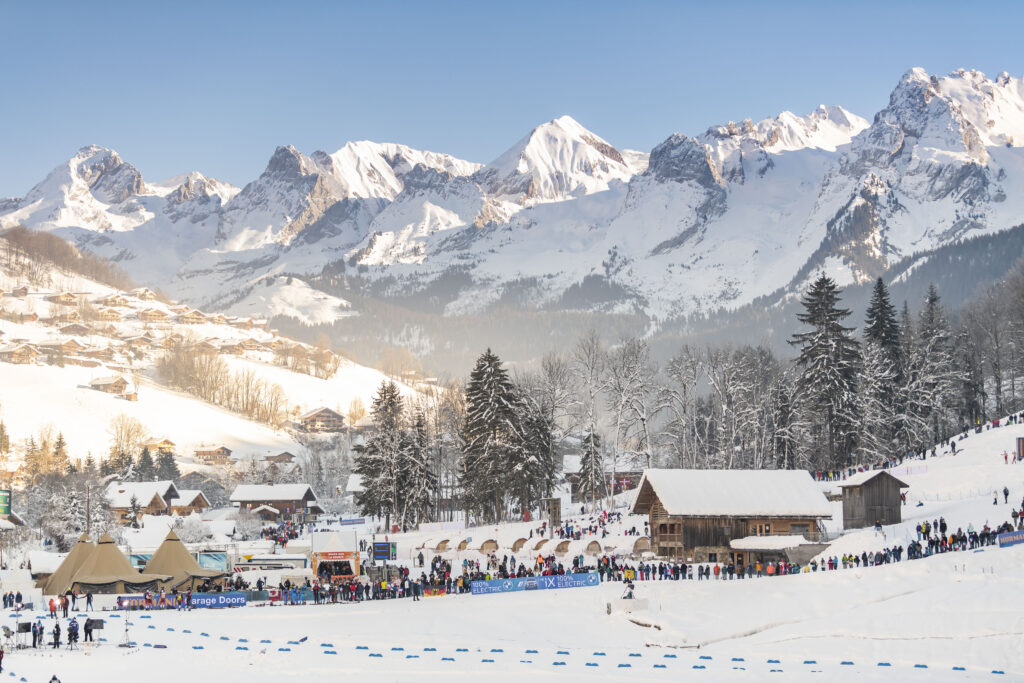 After 2008 in the summer, Beijing now hosts the Winter Games

Anyone landing at Beijing Airport currently feels as if they are in a science fiction movie. First of all, the huge airport made of steel and glass seems almost extinct, and the creatures that can be seen in the almost deserted halls seem out of this world. Guests from all over the world are welcomed in full protection, because things are already a bit more colorful than in recent months at China's gateway to the world. The Olympic Games are coming up and this is both a challenge and an opportunity for the hosts.

Wuhan, one of many cities with millions of inhabitants in the Middle Kingdom, is considered to be the place of origin of the COVID-19 virus. Subsequently, extremely restrictive measures were adopted to control the pandemic. Even with the smallest number of cases, the strictest isolation measures were enforced to prevent the spread of the disease in the first place. With success! The incidence figures in China are extremely low, Corona still took place - but the pandemic was under control.

Until two things didn't quite want to fit together: The date of the Winter Games and the spread of the Omikron variant. A double challenge for the cautious Chinese. On the one hand, they want to present themselves from their best side, on the other hand, they want to keep the virus away. And this balancing act leads to bizarre scenes, such as the current one for arrivals at the airport, who feel as if they are surrounded by aliens.

Corona dominates the Olympics not only on arrival, however. Rather, all participants have to enter a protected and sealed-off area, a so-called bubble. Spectators from abroad were already disinvited last fall, and now it seems that they don't want to let the Chinese themselves on tracks, in halls and stadiums. This safety-first policy is probably without alternative, but a real mood killer. And so the Winter Games will have to take place under similarly bleak external conditions as the Summer Games before in Tokyo. However, the Chinese have drawn conclusions from the mistakes of the summer. Olympic participants no longer have to wait for hours at the airport on arrival, the quarantine hotels now also meet international standards following intervention by the IOC, the teams are allowed to bring psychologists with them to look after those who test positive if necessary, the hosts alone are not allowed to make decisions according to their own whim and alone, and there are international committees that have to be consulted in difficult cases. Whether the strict regulations, the restriction of freedom of movement, the clear guidelines and strict controls are good or bad, that is probably in the eye of the beholder. In addition: Not everywhere that says Beijing on it is actually Beijing in it. Most of the Olympic competitions take place in the mountains, which are not exactly on the capital's doorstep. But still, the Chinese have written Olympic history: summer and winter games at one venue - that has never happened before.

The political framework conditions were criticized in advance. Certainly not without good reason. But it is also clear that other candidates - with the exception of competitor Kazakhstan - withdrew their applications. And the system in the Middle Kingdom has not changed in recent years. That's why the various calls for a boycott can be described as rather cheap. They are not new, and voluntary renunciation in the past has brought nothing. Moscow in 1980 and Los Angeles in 1984 are prime examples of how political intervention in the Games only produced losers, first and foremost the athletes concerned.

One thing, however, should already be clear. The hosts have created outstanding sports facilities, will be perfectly organized - as in 2008 - and the environmental conditions for the participants should leave nothing to be desired. That sounds like great competitions, great sport, just as one might hope and expect - we are talking about the biggest sporting event in the world.

If it weren't for this unknown variable, the omicron variant of the COVID-19 virus. And so the question may be allowed: Are we experiencing pandemic games in Panda Land or a superlative sports festival?