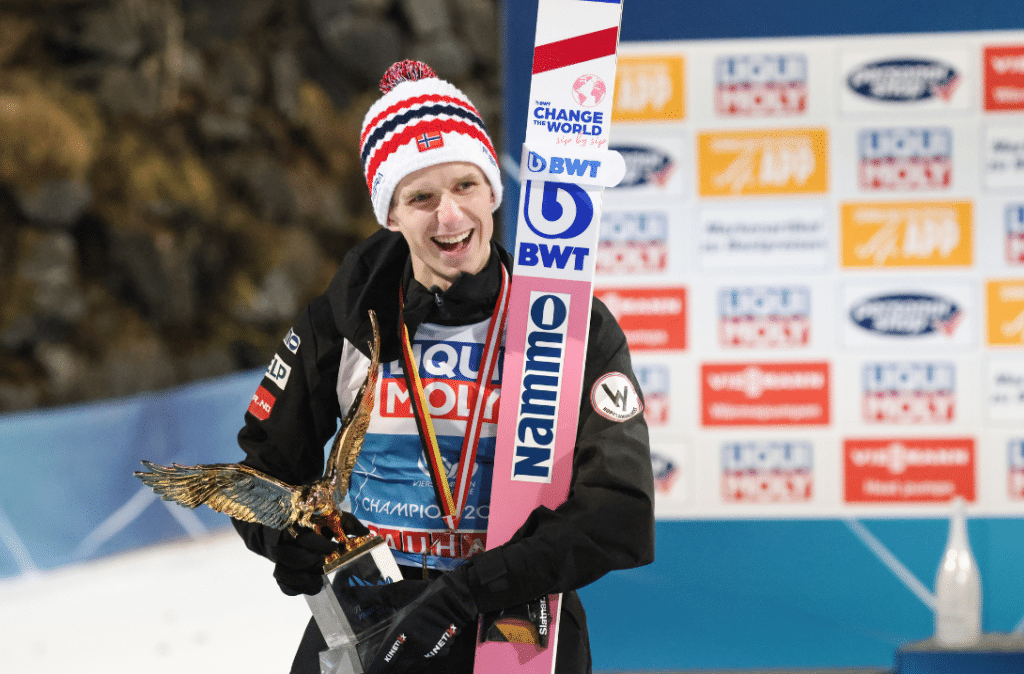 The man is everything: kindergarten teacher, naked jumper, advertising icon in his home country of Norway long ago, soccer fan, family man and now tour winner. Halvor Egner Granerud, 26 years old, and at the latest since the 2020/21 season a big name in the ski jumping circus has fulfilled a childhood dream and decided the Four Hills Tournament of ski jumpers. Although it was not enough for the legendary Grand Slam, i.e. individual successes in all four tour jumps. This was prevented by the Pole David Kubacki, who came in Innsbruck just before the Norwegian on the top podium. But instead with a new record number of points in the overall standings and a clear lead over the competition.

Granerud is one of the extroverts in his sport. Although he is not a loudspeaker, he likes to share his emotions with the public. So it's no wonder that after the final in Bischofshofen, he first hugged his wife and parents. Two jumps earlier, in Partenkirchen, the jubilation had looked a little different. There the winner rested in himself, paused in a yoga pose. This was a tribute to his compatriot Erling Haaland, because Granerud is a soccer fan and the Manchester City striker likes to pause in this position after scoring.

He is no stranger to social media. In terms of popularity, the 26-year-old ski jumper can easily compete with the soccer player - at least in his home country. This is not only due to his sporting achievements. At the latest when Granerud once decided to try out what it would be like to jump naked off a 60-meter ski jump and had the attempt filmed, his popularity went through the roof, and from then on every child in his home country knew the previously unknown young jumper, albeit under the name "naked jumper" (Nakenhopperen). However, the crazy interlude is now about 10 years ago, and Granerud has long since made a name for himself with top performances as well. 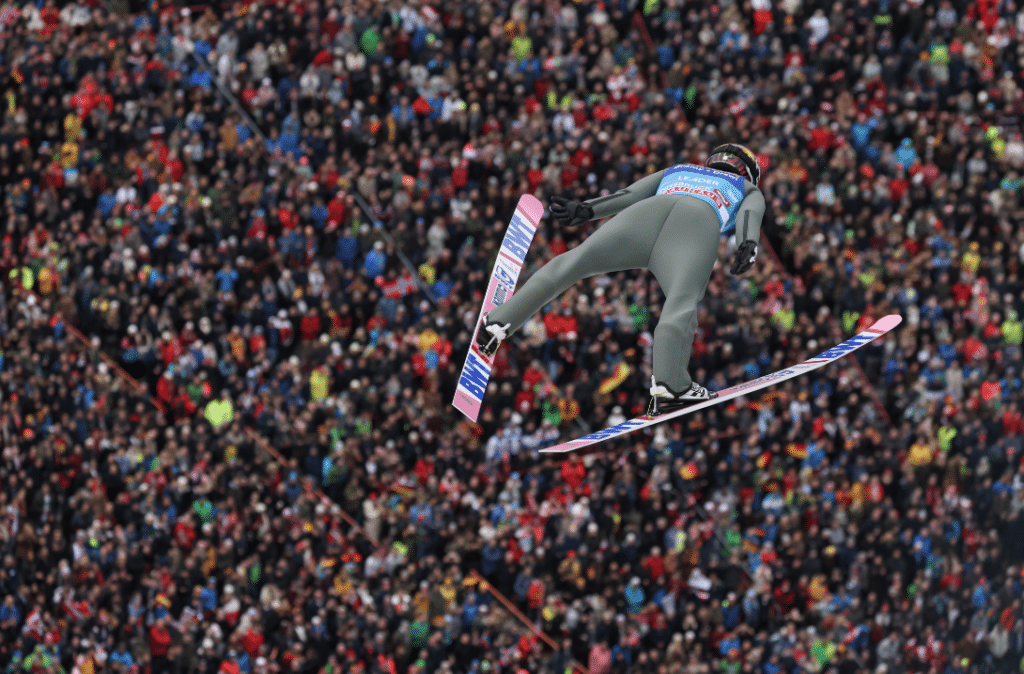 The long road to the top

The first big success in the adult field came shortly before the 2017/18 tour, when Granerud surprisingly finished 5th in Engelberg. Two winters with ups and downs followed. Qualified for the World Championships in Seefeld 2019, it was not enough for a medal in two appearances, the following season went completely wrong. Granerud nevertheless went his own way, took a job as a kindergarten teacher, found himself and better performances. The result was a breakthrough to the absolute world's best, and his skills as a flyer were particularly striking. At the Ski Flying World Championships, Granerud narrowly failed to beat world champion Karl Geiger from Germany in the individual event, but returned the favor with two dream flights in the team competition, securing the title for Norway just as narrowly.

The first World Cup victory in the individual competition came in the same calendar year, but already in the season following the World Cup title. Granerud won in Kuusamo, then dominated in the World Cup and went to the Four Hills Tournament as the favorite. Winning the Four Hills Tournament, he announced, had been his dream since childhood. When Sven Hannawald became the first jumper to achieve the miracle in 2002, winning all four of the tour events, little Halvor tried to imitate him in his backyard in Oslo - because his skis happened to be the same color as those of the German.

In the 20/21 season, however, it was not enough for a triumph. Granerud was in the lead in the overall standings at the halfway point, but the jumps in Austria were not satisfactory, and in the end it was "only" enough for fourth place. However, this did not prevent Granerud from striking again afterwards and winning the large crystal globe of the overall World Cup winner at the end of the season (shortened due to Corona).

Nevertheless, the then 24-year-old left the winter with mixed feelings, because also at the World Championships in Oberstdorf Granerud remained faithful to bad luck. Arrived as top favorite, it was enough for silver in the mixed team, then followed a positive Corona test, combined with the World Cup exit. While the competition is fighting for medals, the Norwegian had to watch idly in the vacation home of the German ex-women's national coach Andreas Bauer.

Perhaps it was because almost nothing happened in the winter. A jumping error had crept into the system of the plane, Granerud drove it with constant malice always to the right, some spectators were already worried whether the Norwegian could still set up for landing in the run-out. But at least he still managed a World Cup victory, which helped him to the top of the Norwegians in this ranking and it was also enough to qualify for the Olympics. But as is often the case, he lacked form at the peak of the season, so he did not win a medal in China. 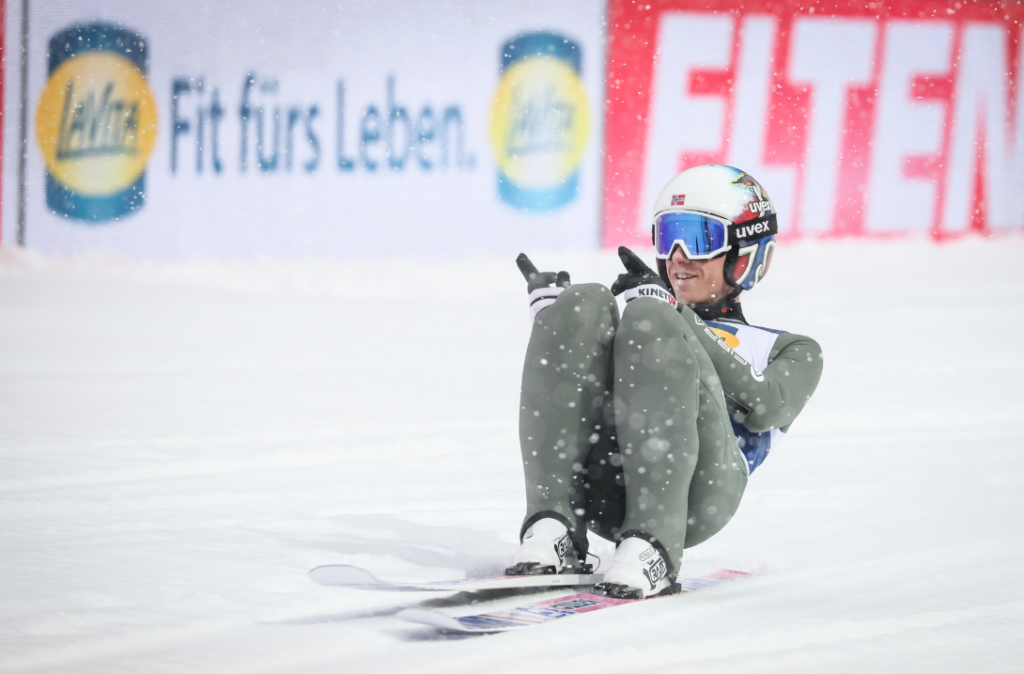 As a result, Granerud reverted to tried-and-true patterns on the one hand, and made serious changes on the other. He took a job in a kindergarten again, which had helped before. And he changed ski brands, switching to a model that was more suited to his flying style. Insiders even rumor that asymmetrical skis were built for him to better conceal his jumping error.

However: After Granerud did not attach great importance to the summer season, he came well into the winter, nevertheless he did not travel to the tour as top favorite. Because Poland's David Kubacki had dominated the first winter trimester. But in Oberstdorf the man from Oslo underlined his top form, added to it in the New Year's jump and also won the final jump in Bischofshofen. In Innsbruck Granerud finished second, narrowly beaten by Kubacki. His short outburst of anger in the so-called leader's box when he had to register that the Pole was a few points better than him at Bergisel proved the ambition of the Tour winner.

The anger has long since faded, but has rather given way to great jubilation. Because Granerud proved with the final victory on the Paul Ausserleitner hill in Pongau that he really is the measure of all things at the moment. He celebrated happily and let himself be celebrated. From the team, from the family and from the fans. Those on the hill and those at home. Granerud's overall success is the first by a Norwegian jumper since Anders Jacobsen's triumph in 2007. Jacobsen also won silver with the team at the World Championships in Sapporo.

Perhaps a good omen for his successor. But perhaps Granerud also has another plan. Because the Four Hills Tournament and the motherland of skiing have never become true friends. Although his title was the 11th overall victory for the Norwegians, Germany, Finland and Austria have a proud 16 overall victories to their credit - not a pleasing total for the Norwegians. Or else Granerud is hunting for his second overall victory. That would also be second in the domestic ranking - only the great Björn Wirkola as a triple winner can point to more successes in the home country, winning three tours. 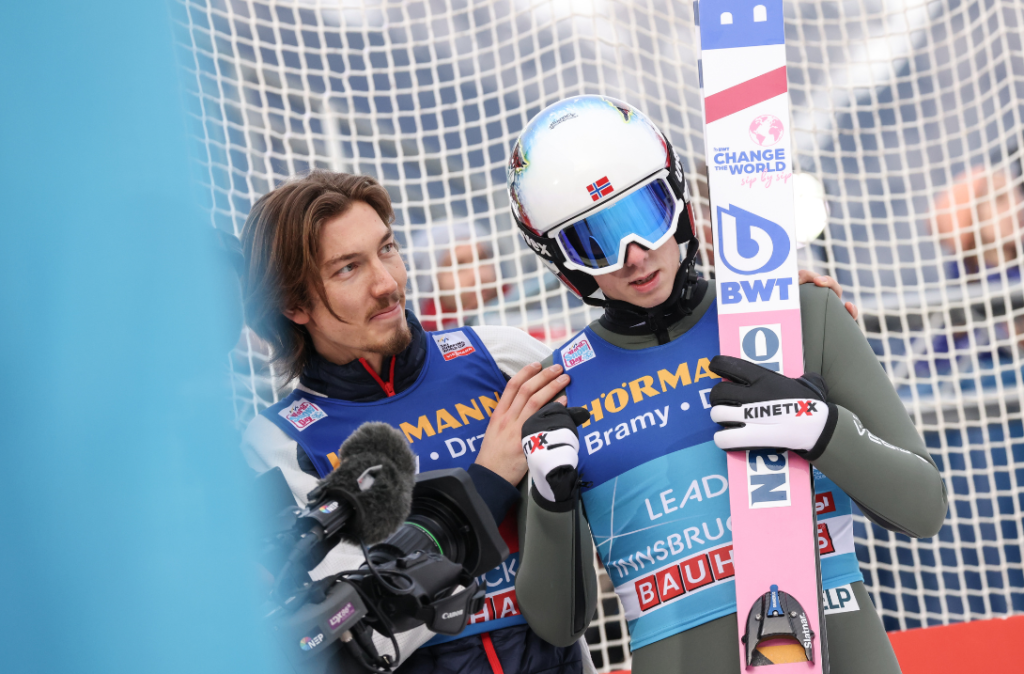