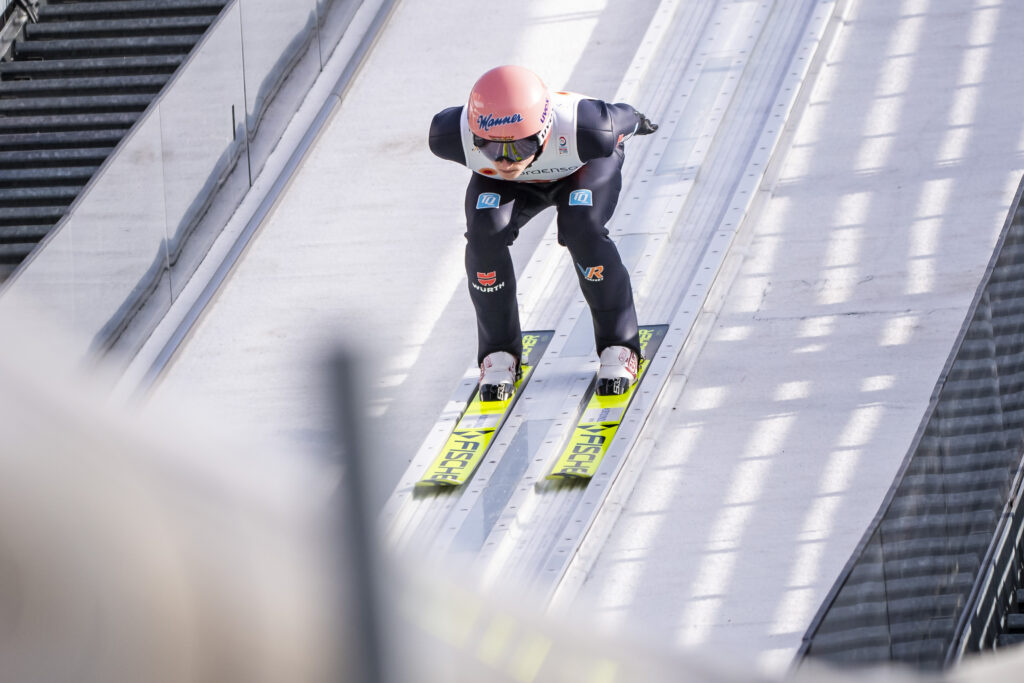 The Master in the first World Cup trimester

The cards are reshuffled at the Four Hills Tournament

He used to be "Kleinschanzen-Karle". In the past, that was before the last season. Then the man from Allgäu became a flyer. Because Karl Geiger first won the Ski Flying World Championships and then, with his titles and medals at the home World Championships in Oberstdorf, decisively brightened up the German overall balance. Numerous honors followed, the trade press, for example, honored him as the "Ski King" of the season and the winter sportsman came third in the Sportsman of the Year awards - something of an accolade in a year with the Summer Olympics. However, the honor is not that new for the 28-year-old; Geiger won with the team in 2019.

You have to know that the voting always takes place at a time when the new season has not yet started. And probably after the first third of the current ski winter, the balance would be even better, because before the first big highlight, the Four Hills Tournament, Geiger leads the overall World Cup, has already landed 2x at the top of the podium and is considered a model of consistency. The only exception so far was the second appearance in Klingenthal on 3 Advent, when the entire German team (and not only them) had problems with the material on a freezing inrun track and did not reach the necessary take-off speed. For rank 22 there were a measly 9 World Cup points, but maybe they are worth gold again, who knows at this point of the season.

The fact is: Geiger will start in the yellow jersey of the World Cup leader in the first jump in Oberstdorf. For the Allgäuer again a home game and good memories will certainly be awakened, because last year the Karl won the opening jump, in the end it was 2nd place in the overall standings.

Which brings us to the oracle. Because as always before the first decision on the Schattenberg ski jump, media, fans and of course the athletes themselves are looking for the favorites. And there are a few of them: Geiger is one of them, but also his pursuers in the overall World Cup, Ryoyu Kobayashi from Japan and Halvor Egner Granerud from Norway. The latter, by the way, arrived in the yellow jersey last winter and in the end had no chance with regard to the overall standings. Which brings us to other contenders for the overall victory. There is no way around Kamil Stoch in this list, the experienced Pole is always at his best when he even senses a hint of a chance. His compatriot Dawid Kubacki has to be mentioned here as well, although the 31-year-old is still looking for his form this winter. Stefan Kraft from Austria or one of the younger ones from the red-white-red eagle's nest are also possible, as well as the guys from Norway, who have jumped back into the world top behind Granerud. There is Daniel Andre Tande. With him, one is already glad that he is jumping again at all after his horror fall in March in Planica. But anyone who knows Tande knows that just jumping along is not enough for him. And whoever saw how the tension on the Norwegian's face turned into pure relief after his competition in Klingenthal, which he finished in second place, knows despite the subsequent setbacks in Engelberg: Tande is ready again. The same is probably even more true for Marius Lindvik. The third iron in the fire is perhaps the hottest that the Norwegians are currently forging. Lindvik is jumping consistently, is currently sixth in the overall World Cup ranking and has only missed out on his first appearance in Ruka so far this winter. In addition, his form curve has been showing a steady upward trend lately. And what else speaks for the only 23-year-old Norwegian. Two years ago Marius Lindvik came very close to winning the Tournament, finished second behind Dawid Kubacki and won the Partenkirchen and Innsbruck events. And he is not coming from the position of the top favorite. Karl Geiger will have him on his radar.