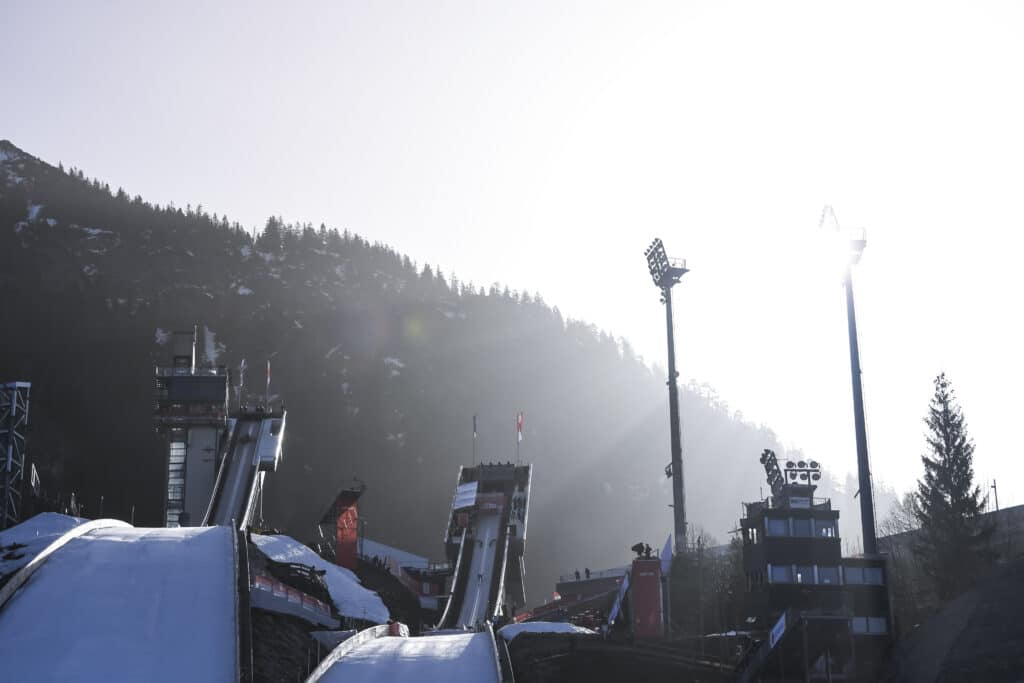 Andreas Wellinger - the first Corona victim of the Winter Olympics

Andreas Wellinger had probably already suspected it. When the Olympic ski jumping champion from Pyeongchang was diagnosed with corona and had to turn around on his way to the World Cup in Titisee-Neustadt to go into isolation, the 26-year-old sent a WhatsApp message. In which Wellinger was verbally carried away to paraphrase his situation quite bluntly. "Shit Coronatest" cursed the man from Traunstein, who had finally managed to reconnect with the extended world's best after overcoming injuries this winter, into camera and microphone. Understandable, because Andreas Wellinger is smart enough to know immediately after the test - it can not be enough for the Olympic Games in Beijing. This has to do with the rules that the host and the IOC have set up for entry into China. The two PCR tests carried out before entering Chinese soil should produce so-called CT values in the test person that are above 40. In this case, nothing stands in the way of the Olympic trip, but values between 30 and 40 do. In this case, an international expert commission would discuss the possibility of entry. With a fresh infection, however, it is utopian to even think of such numbers in the next few days. And events in other sports have provided examples that the process of subsiding the risk of infection can be a rather slow one. There were several players in the German camp at the European Handball Championships who, even after a week of isolation, were no longer showing symptoms of illness, but their CT scores were still in the sub-30 range - that's the one considered the border between contagious and no longer exposed in most European countries. In Asia, it's different; here, the number 40 is the threshold. Incidentally, this was also the case when people entered the Summer Games in Tokyo in the summer of 2021.

That Andreas Wellinger was not nominated for the DSV Olympic team after the first World Cup jumping in the Black Forest - "with a heavy heart", as national coach Stefan Horngacher explained - was therefore logical. But it also has something to do with the fact that the athlete cannot train in isolation either. Thus, the form is questionable, even if Wellinger would have flown to China behind. And the ski jumper is thus the first German Corona Olympic victim. But not the only one. Now a quintet is traveling to the Middle Kingdom for the decisions in ski jumping, in addition to the already nominated men Eisenbichler, Geiger and Leyhe, oldie Pius Paschke and young star Constantin Schmid are also in China. It's just a pity that the DOSB obviously distributes its final dates for the squad with the watering can. Because the jumpers had to nominate on Saturday, the biathletes on Wednesday, other sports on other days of the week. Why is not known. Especially in biathlon or ski jumping, one would have been happy to wait for the third weekend in January with its various World Cups. In the case of biathlete Franziska Hildebrand or the combined athletes, but also in the case of the ski jumpers, this would have made the decision easier or more clearly documented in case of doubt. But so the Nordic Combined World Cup in Planica was cancelled completely because of the pandemic and therefore Fabian Rießle and Manuel Faißt can also claim to be a victim of the virus. Olympic champion Rießle still lacked half the Olympic standard, but the form curve of the Black Forest athlete showed an upward trend and Faißt could also have drawn attention to himself once again with another top result at Triglav. And another Olympic champion will not be taking part in China: Severin Freund. The team gold medalist from Sochi 2014 was on the best way, but half the standard was missing and so coach Horngacher was not allowed to even consider calling Freund into the circle of the chosen ones. Exactly 24 hours were missing for this, because on the second day Freund finished among the best 15 - thus would have fulfilled the standard. It remains to be seen whether Horngacher would have taken his veteran to China, but due to the scheduling he was deprived of the opportunity.

For the sake of fairness, it should be mentioned that Covid 19 only played a role here in the medium term, Freund only advanced to the World Cup team late, thus had less opportunity to create the standard. Also for Carina Vogt, Olympic champion in Sochi, the time was not enough after a long injury misery to get in Beijing form in time. With Rießle, Freund, Wellinger and Vogt, a quartet that has already won gold at the Games will be missing in Beijing. Others will (hopefully) step into the breach. But one thing is true for all who are making the journey to the Middle Kingdom: Corona will leave its mark on the Games in every respect, that is already true and that will continue to be true in the future. Therefore, it is to be feared that the virus will continue to dominate the headlines in the coming days and weeks.